"The programs offered by Diane Pendola and Teresa Hahn are assisting us all in both understanding and shaping the new world of the 21st century. The 20th century has had its day of glory. It deserves honor for its many accomplishments as well as critique for its failures. But now that day is over. In its collapse, a new world awaits us.

"In their Skyline Harvest Eco-Contemplative Center as well as in their writings Diane and Teresa guide us securely into this new, more integral human-Earth presence to each other. We feel that we are alive in a new way. Indeed the entire Earth is suddenly awakened to our long-lost intimacy with each other. In this new setting, our children as well as ourselves will learn how full, how satisfying our lives can be."

Who is Thomas Berry?

How does one introduce someone with the breadth of knowledge and depth of vision of Thomas Berry? Thomas was a monk, a scholar and a cultural historian. His life took root in the hill country of the Southern Appalachian Mountains where he was born in 1914. As a young man, he was troubled by the industrialization that he saw degrading the natural systems of his native North Carolina. He felt he needed time to think deeply on these things and chose to enter a Catholic Passionist Monastery.

His search for the roots of our current estrangement from the natural world led him to the study of the history of cultures, eventually learning Chinese and Sanskrit. His first published books were on Buddhism and the religions of India. He has been referred to as a geologian and an eco-theologian. These designations reveal the area of his primary concern: our need to recognize the natural world as sacred, to realize that the spiritual and physical are two dimensions of one unified whole. 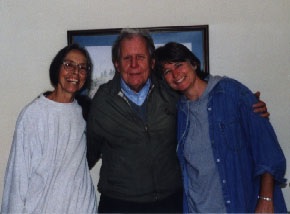 Thomas died in 2009 at the age of 94. He lives on in the many people who loved him and whom he inspired. Through his writings  he continues to speak to us of the peril of our time: the impending devastation of the natural world, and by virtue of our utter dependence upon it, of ourselves. Yet he continues to give us hope. Perhaps he gives hope because, when we come across such an authentic human being as Thomas Berry, we are awakened to the hope that lives within each of us. We are awakened to the hope inherent in the harmonious dynamism of the Universe in which we live and move and have our being.
Click here to read Diane’s reflections after Thomas’ death.

What is the Universe Story?

Thomas, in the book he co-authored with mathematical cosmologist, Brian Swimme, “The Universe Story” masterfully unfolds this great story of our origins. He awakens our sensitivities to this wondrous adventure, from the original flaring forth from apparent nothingness, to the creation of supernovas and galaxies, to the generation of planets and the emergence of life on this beautiful planet, earth. The story reveals to us a creative intelligence at work in the universe and in our human capacity to reflect in awe upon it. This “Universe Story” reveals us to each other as kin! We are kin not only to every other human being, but also to the wolf and the whale, the redwood and the butterfly. Within this expansive cosmology we experience a sense of homecoming. The surfaces of a mechanistic world crack open and the subjective depths of our own natures are now made accessible in communion with our relatives in all creation. 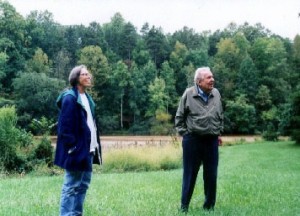 Thomas invites us to enter into this “gorgeous celebratory event” in the awareness that the universe is a community of subjects to be communed with, not a collection of objects to be exploited. This recognition of our communion relationship with the entire web of life is fundamental to his thought and found throughout his work. In his book the “Great Work,” he charts a direction for this shift in consciousness to occur.

It is to this Great Work of transformation that Thomas invites us. As Thomas poignantly says, we are losing splendid and intimate modes of divine presence. We are, perhaps, losing ourselves. Come to Skyline for a day, a week or a month and find yourself anew in relationship to the sacred depths of the natural world.